Dancers from Son de Café de Colombia perform the “Yo me llamo Cumbia” during Hispanic Heritage Month at the base exchange on Kadena Air Base, Japan, Sept. 15, 2014. Kadena celebrated Hispanic Heritage Month and reflected on this year’s theme: “Hispanics: A legacy of history, a present of action, and a future of success.” (U.S. Air Force photo by Naoto Anazawa/Released)

Many of us feel deeply attached to the groups to which we belong, whether they are defined by religion, nationality, geography, gender or language. These identities can be sources of belonging, pride, and power. While these identities may feel natural, in fact, the creation and importance of group identities is influenced by our environment. Sometimes we forget that identities have histories. In response to their surroundings, people form groups that might not have formed in other places and other times.

In her book Making Hispanics, Author Christina Mora asks, “How did Puerto Ricans, Mexicans, and Cubans become known as “Hispanics” and “Latinos” in the United States? How did several distinct cultures and nationalities become portrayed as one?” She explores these questions and the importance of Hispanic identity in the United States, in this interview with Latino USA’s Maria Hinojosa. 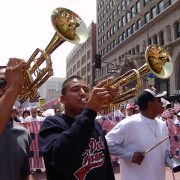 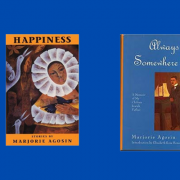 First Days in the US: Marjorie Agosín 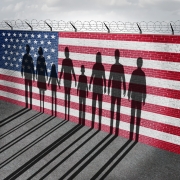