While today German-Americans are recognized as an important part of American society, there was a point in history in which Americans of German descent and German culture in the United States was very much under attack. In the years leading up to and during World War I, the US experienced a wave of anti-German sentiment, fueled by superpatriotism and xenophobia, that resulted in open hostility toward all things German.

The Prominence of Germans in America

By 1910, Germans were the largest non-English speaking immigrant group in America, with the first wave of migrants arriving in Pennsylvania, New York, and Maryland during colonial times. According to the 1910 census, it was estimated that one in every eleven Americans was first or second-generation German. German was the most commonly studied foreign language and was considered, by many, a lingua franca of the literary scene, of the entertainment scene, and of the theater. Certain cities, such as Cleveland, Cincinnati, St. Louis, and Chicago, had German-language schools, German-language newspapers, and even clubs where German-Americans could enjoy their own company while drinking German-style lager. German Catholic and Lutheran churches often operated as schools, teaching their German-American students in German.

The Attack on German Culture

However, as World War I began, many Americans no longer felt as if German culture could mix with American society. These sentiments became even stronger after the U.S. joined the war on the side of the Allies against Central Powers. The notion that anyone could even be German-American, in its hyphenated form, was now perceived as dangerous, as they were fully assimilated, or in the words of many at the time, “not 100% American.” In his famous speech on “Americanism” Theodore Roosevelt warned of the danger from hyphenated identities, insinuating, among other concerns, that once in the United States, German-Americans need to become solely Americans.

Throughout the U.S., individuals, groups, and politicians took actions, larger and small, that were aimed at ridding itself of German culture and German influence in the country. Germantown, Nebraska, was renamed Garland after a local soldier who died in the war.  East Germantown, Indiana, was changed to Pershing; Berlin, Iowa, became Lincoln. Berlin, Michigan, became Marne (after the Second Battle of the Marne). In June 1918, a Michigan congressman introduced a bill that would have required such name changes nationwide. Sauerkraut became liberty cabbage, hamburgers became liberty steaks, dachshunds became liberty pups, and German measles even became liberty measles. Some Americans even advocated ridding orchestras of music by Beethoven, Bach, and Mozart.

While all these aspects of culture were deemed threatening, it was German-American churches that were singled out as agents of German imperialism. By the early 1920s, 34 states had passed English-only requirements in their schools. These laws were argued before the Supreme Court in the case of Meyer v. Nebraska. The climate became so hostile that by 1918, South Dakota prohibited the use of German over the telephone, and in public assemblies of three or more persons. In the same year the Espionage Act was passed, prohibiting all mail from any materials “advocating or urging treason, insurrection, or forcible resistance to any law of the United States.” Additionally in that same year, the Sedition Act was passed, making it illegal to  speak, print, write, or publish any “disloyal, profane, scurrilous, or abusive language” about the government, the constitution, the military, or the flag. 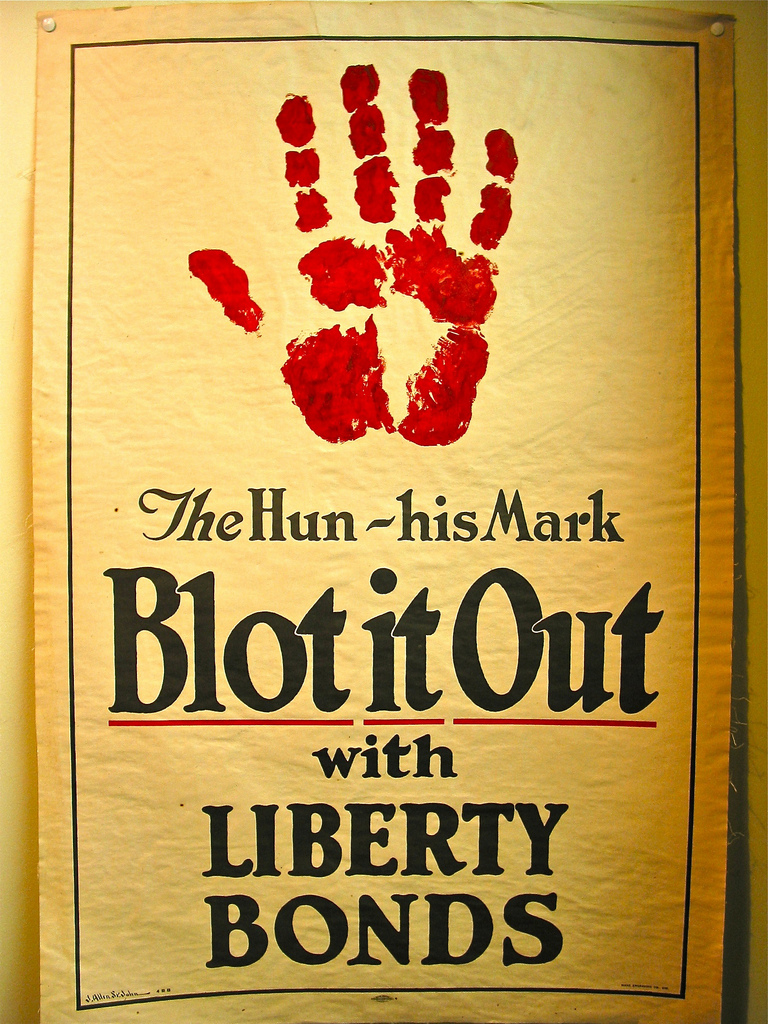 A propaganda poster with the classic bloody German hand and one of the earliest uses of the word “Huns” to describe German soldiers; illustrated by J. Allen St. John in 1917

While all these aspects of anti-German sentiment were fueled by Germany’s presence in World War I, that fuel was ignited by the anti-German propaganda ubiquitous amongst posters, pamphlets, articles, and books. In much of this propaganda, the Germans were referred to as the Huns, after the hordes of Asian warriors who had ravaged the Roman Empire, insinuating they were doing the same to Europe now. According to the organizers of an the  exhibition

“Home Front, War Front: Sewanee and Fort Oglethorpe in World War I: Anti-German Sentiment,” many media outlets labeled German-Americans as “a threat to European civilization and the American values of peace, democracy, and liberty” and portrayed them as “aggressive, materialistic, savage and uncivilized.” 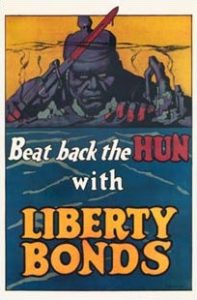 A propaganda poster for liberty bonds referring to the Germans as the “Hun;” illustrated by Frederick Strothmann in 1918.

The Attack on German-Americans

The most clear correlation between America and Germany’s rivalry in World War I and anti-German sentiment in America was the harassment German-Americans experienced in response to their assumed ties with Germany. A sort of mass phobia against German-Americans developed as many were in fear that German spies were everywhere, reporting back all that they overheard to their motherland. In response, many German-Americans felt pressure to declare their stances against Imperial Germany in public gatherings just to prove their ties to America. At several universities, professors were charged under the Sedition Act with having made unpatriotic and presumably anti-war utterances, leading to some of their dismissals. Furthermore, American institutions such as the Red Cross barred individuals with German last names from joining in fear of sabotage.

Numerous attacks were made on German-Americans in this time and such harassment sadly became commonplace. According to Katja Wüstenbecker, “citizens of German descent were dragged out of their homes at night and forced to kiss the flag or sing the national anthem. The most notorious case of mob action was the lynching of Robert Prager in Illinois in April 1918. Prager, a German native who had applied for American citizenship, was known to harbor socialist ideas and was suspected by his neighbors of stealing dynamite. Although this could not be proven, he was dragged out of town, stripped, and hanged. This lynching caused outrage among many prominent Americans; nevertheless, court proceedings found the members of the mob not guilty.” 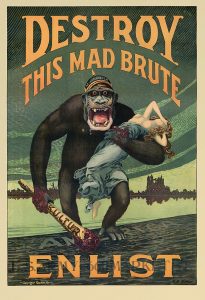 A propaganda poster put out by the U.S. Army in 1917; illustrated by Harry R. Hopps

The Legacy of Anti-German Sentiment

While today German-Americans are rarely amongst the immigrant groups who face prejudice and questioning of their belonging in American society, there are many remaining legacies of anti-German sentiment during World War I. For example, the anti-bilingual sentiment established through Meyer v. Nebraska remains in our education system to this day. Nor was this time the last time German-Americans were attacked, as yet another surge of anti-German sentiment rose with the arrival of World War II, leading the United States government to intern nearly 11,000 German citizens between 1940 and 1948, under the Alien Enemy Act of 1798. Just last year, on the hundredth anniversary of the U.S.’s entry into World War I, street signs in several cities were restored to their original German names, but this act begs the question of whether this hatred can truly be reversed. 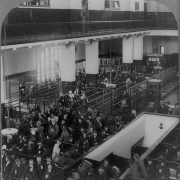 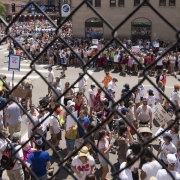 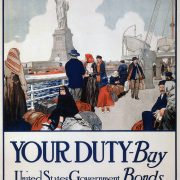 Is the United States a ‘Nation Of Immigrants’?