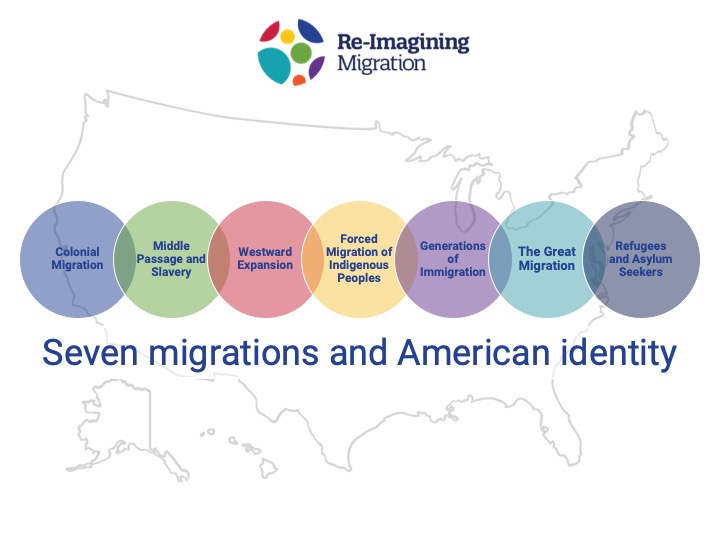 Migration has played a central role in the development of the United States, however not every experience of migration is the same. Some migrations cross national borders, others are internal. Some migrations are voluntary others happen because of force or violence. For example, while many immigrants have a story about what they left their homes and the choice to migrate, enslaved Africans who were forced to migrate through the Middle Passage did not choose to leave their homes for the United States.

We created the following image as a slide and a handout to remind us of the many migrations that have shaped our identity as a nation and as an opportunity to reflect on the similarities and differences in each of these experiences. One way to lead a discussion using the image would be to try the same-different-gain thinking routine.

Use this link to download the 7 migrations Final image as a PowerPoint slide.

Our Board of Directors