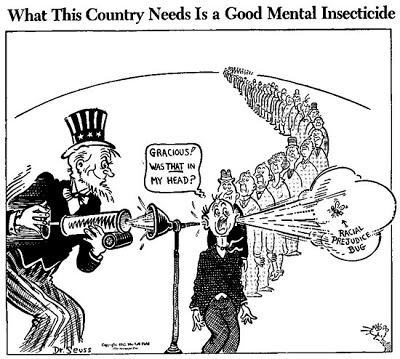 My Dear Mr. Chairman: In view of the fact that I cannot appear before your committee on hearings to be held on the bill Senate Joint Resolution 64, due to the fact that I will be out of town, I am taking the liberty of enclosing herewith my statement as representative of the Regular Veterans Association and respectfully request that it be included in the records of the hearings on this bill.

I am J. E. Nieman, educational director, Regular Veterans Association, with national headquarters at 1115 Fifteenth Street NW., Wahington D. C. We are the Regulars of the United States – men who have served their Nation and flag in the Regular Army, Navy, Marine Corps, and Coast Guard, taking the service as it came, be it war, peace, peaceful invasions, floods, earthquakes, or whate’er befell.

Le [sic] me quote from a speech made on the Senate floor March 6, 1939, by Senator H. H. Schwartz, in a tribute to Regulars that leaves nothing unsaid. I quote:

“Than the Regulars in the service of the Army, Navy, Marine Corps, and Coast Guard there are no persons in this Nation more quietly, solidly, completely, and fully American.”

These Regulars, gentlemen, are the ones whom I represent as I appear before you, and I speak of them, for them, and by them.

Mr. Chairman, gentlemen, the sooner the United States of America quits permitting foreigners to come into this country – the quicker bills of the nature of the one before us are dropped like a hot brick – the quicker America wakes up to its own responsibilities, then just that much quicker squalor and “isms” foreign to Americanism in the United States will be banished.

I want to present a rather unusual reason why bills such as this would be defeated so decisively that the groups now sponsoring this legislation will never again rear their heads. Other reasons are legion and will likely be touched on by other loyal American representatives.

Bringing foreigners into the United States of America (for permanent residence) is a direct attack on our national-defense program.

The reasons are obvious, and may be multiplied. They follow:

A will quipped, trained, treated, and paid Army, Navy, Marine Corps, and Coast Guard is America’s best guaranty of peace. There is not a man in the Army, Navy, Marine Corps, or Coast Guard, nor is there a Regular in the Nation, but would give every penny he has or could command to care for the ill-fed, ill-clothed, and ill-housed American children, but when he realizes that there are thousands of aliens and tens of thousands of alien children now being maintained by the United States through the relief rolls, the Works Progress Administration, Public Works Administration, Youth Administration, and other governmental units he feels differently about it, for he well knows the discriminations that have been practiced against him. He knows what a task he will have, if and when he leaves the service to even find a job, let alone one that would maintain himself and family. He knows how his disabled Bunkie or shipmat’s [sic] family is starving and that the same thing can happen to him and his family.

I repeat that the bringing of foreigners into the United States is a direct attack against the national-defense program. America does not need the foreigners. We have no room for them and their progeny. We have our own disabled, our own homeless, our own sick and hungry, our own uneducated, our own slums and sharecroppers, our own problems, chief of which is to

Gentlemen, I know that the over 500,000 Regulars of this Nation join me in urging the defeat of this bill and every other bill that proposes to bring foreigners to this country. We feel for these homeless foreigners, but we cannot and must not forget our own flesh and blood nor our own free – so far, thank God – America and Americans.

Historical context for this primary source Teaching Save the Children
Print Page
Robert Wagner’s Testimony at the Joint Session Hearings on Wagner-Rogers...