Statement of Hon. Edith Norse Rogers, Representative from Massachusetts, May 1939 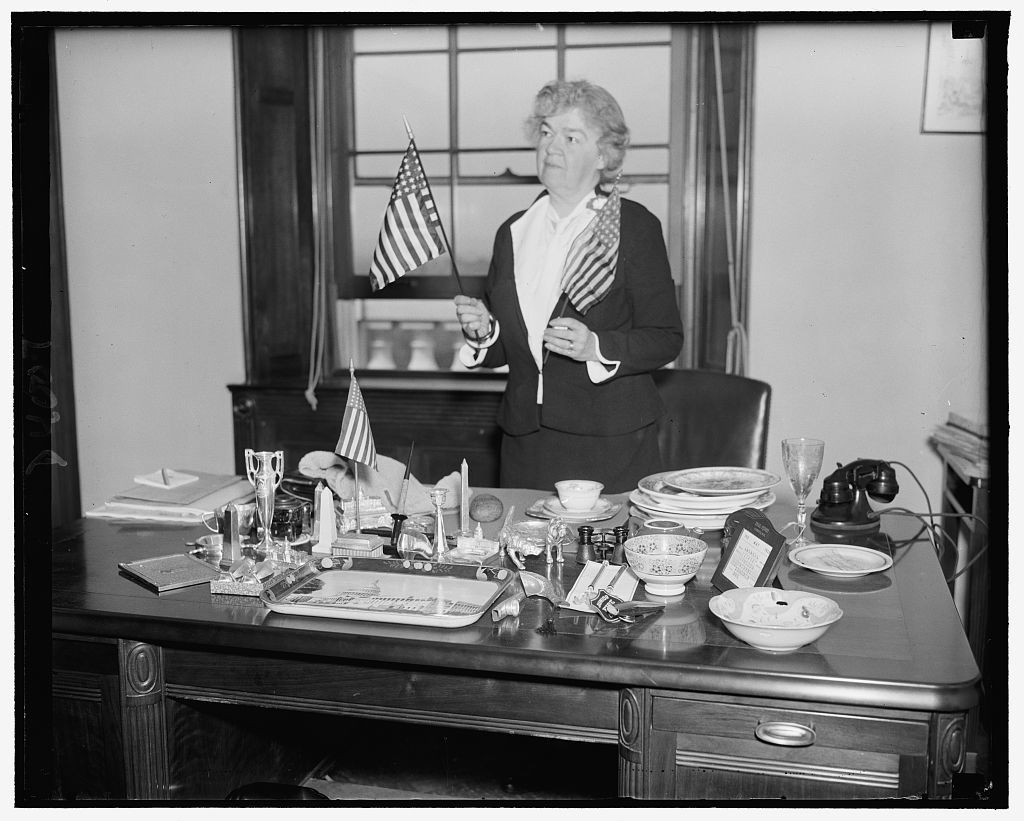 Statement of Hon. Edith Norse Rogers, A Representative in Congress from the State of Massachusetts

Mrs. Rogers. Thank you very much Mr. Chairman, and members of the committee for hearing me today. I have been very much interested in hearing the testimony and listening in during the course of the hearings.
Perhaps you might like to know why I introduced the bill. Everybody was very much shocked, I would say, all over the world, by the persecution of children of certain groups in Germany. I was asked to introduce this bill by people who are very much interested in the plight of these children. They felt it was different from the plight of the refugee children of any other country. I understand part of the children are Jews, part Catholic, and part Protestant. I was asked by clergymen, welfare organizations, and a good many other people in general who wanted this country to do something to help the situation. I hesitated for some little time before introducing the bill, as I wanted to look into the matter. I wanted to be fair to the children in this country, to see of it would affect their welfare in any way, and I also wanted to be fair to the children who are coming over here. I did not want the children to come from a country where they were unwelcome and persecuted to homes in this country where they were unwelcome, or to a country which would not give them welcome, because there is nothing more pathetic to my mind than to see little children that are not wanted, and who are persecuted.
I could not help thinking, when I was marching in Lowell with the veterans, on Memorial Day, who fought in an effort to make the world safe for democracy, as I watched the thousands upon thousands of little children sitting on the curbstone, and even sometimes marching along in the streets with us, that those children knew perfectly well that they were welcome, that they were wanted, and as I marched I could not help but contrast their lot with that of the children in Germany, children who were not allowed to sit down in the parks, children who were not allowed on the grass, children who were not allowed to go to the schools to which they wanted to go. It is extremely bad, I know, for children to be brought up in an atmosphere of almost hate. I would like to say to the members of the committee that is why I feel the refugees in Germany face a different situation from that of the refugees in any other country.

I have listened to this debate, and the questions of Mr. Allen, for instance, of Louisiana. I know how interested he is in helping oppressed children. I feel as to the children of Spanish refugees, that they are going back to Spain again. They are not very far away, and I feel that would be true of the refugees of other countries. The children of those countries do not feel there is hostility to them, but, I know hostility is shown by the Nazis to the German refugees and is a stigma placed on them that children come to feel in Germany. Before introducing this bill I was assured, so far as one can be assured, that there would be money to care for the children, that homes would be provided for them, good homes, and not homes all in one community, that the children would be scattered in homes all over the country. I was extremely anxious that the children should not come over in one large group, but should come over a few at a time. I have received a telegram from the Friends’ organization and from many others saying that they would do everything humanely possible to take care of the children. I have talked with various clergymen of all denominations before introducing the bill, and I was told by everyone that with the Friends Service Committee having to do with the care of the children in bringing them in and the selection of the children in Germany that the work would be well done and the children would be carefully selected, and the homes would be carefully selected in this country, and it would be very honestly and fairly done. I have never heard any criticism of the Friends’ work at any time. Bishop Shields, of Illinois, came to see me to thank me for having introduced men and various welfare organizations to find out their reaction. I have received a great many letters, and I know the members of the committee also have, and if you would like to have me insert some of them in the record I shall be glad to submit those letters of endorsement.

Personally, I feel, so far as interfering with the children of this country and their well being, is concerned that these little children coming in would not interfere with them. I feel that we should do more in the care of the so-called underprivileged children in this country. I think in the main that work is being done. I realize in some instances that, although people would like to care for the underprivileged children in this country, it is rather hard to reach them, as they are with their families and their families are not willing to part with them. In Germany, you have the situation where the families hard as it is are willing to have the children come to a place where they feel they are safe. I have also had the hope that many of the children would do back to their parents later. I do not feel that Hitler will be always be in power in Germany.

Historical context for this primary source Teaching Save the Children
Print Page
“Oppose Entry of Refugees,” Hammond Times, May 14, 1939