The Know Nothings were an anti-Catholic and anti-immigrant (specifically anti-German and anti-Irish) political party that demonized foreigners, Catholics, Catholicism. Their methods defined political xenophobia in the United States. One of the tactics they often utilized was to use Native imagery to assert their “native American” identity. This worked to push both their anti-immigrant stance and replaced actual indigenous people to affirm their own status as unquestionably American.

White Protestants with Anglo-Saxon (or British) roots being defined as the only true Americans was a core feature of their ideology; their usage of Native imagery followed a trend to assert Americanness by seizing the native label from indigenous people. The symbolic claim to America can be seen in instances like the Boston Tea Party, where American patriots wore “Native” costumes and adopted “Native” war cries while they dumped tea into the Boston Harbor as an act of rebellion against Britain.

The picture below is an advertisement for the Know Nothings which shows two indigenous people besides an American flag; the expropriation (the state possessing someone else’s property) and appropriation (usage of something without the owner’s permission) of Native culture to represent the Know Nothing party erases the violence and harm committed against indigenous peoples while associating themselves as the legitimate founders of the country. 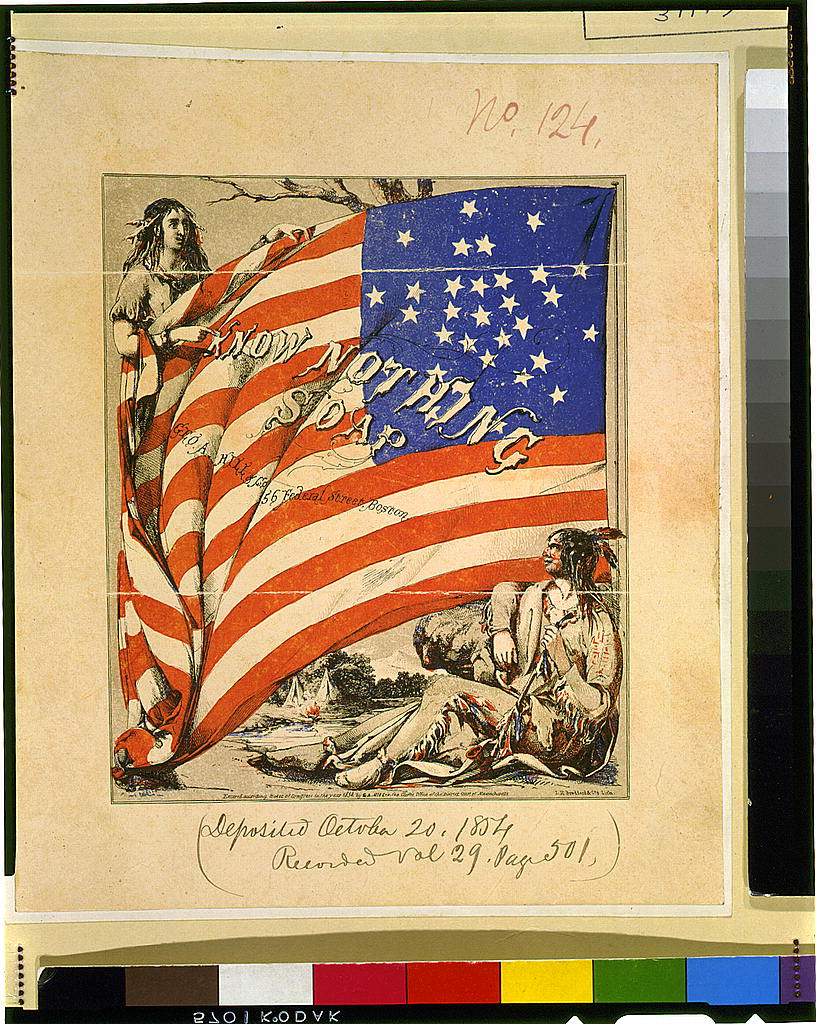