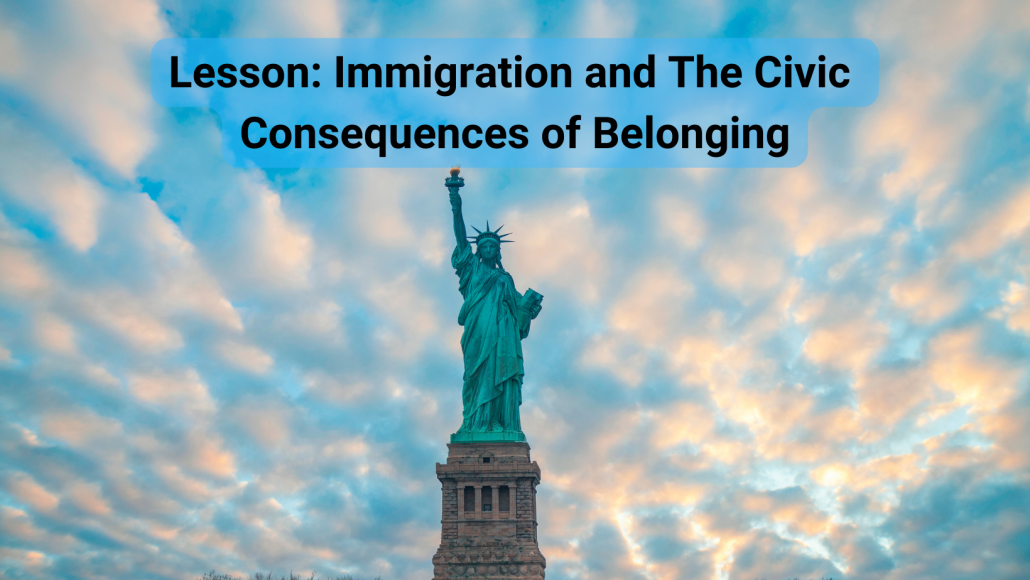 Belonging has civic consequences. In this final lesson, we share excerpts from recent publications that highlight the connection between belonging, immigration, and the health of individuals and communities. We recognize that many of the excerpts might need scaffolding for many learners. We have included them in their current form to show that belonging is not simply a nice idea, it is something that people study, and is important. You may choose to modify the sources we have included, read them aloud, rewrite your own summaries, or create your own collection. These were chosen because they suggest the varied consequences of exclusion on individual health and society.

Why Care About Immigrant Belonging?

Belonging involves both identification with and feelings of attachment to a social community. While many people are able to take national belonging for granted, this is often less straightforward for immigrants and even for their children born in the new country. A critical question is whether it is actually important that immigrants feel belonging to the nation. While many can function well without feeling a strong sense of national attachment—and belonging to a new nation is not necessarily at odds with feeling attachment to one’s origin country—scholars recognize belonging can confer important benefits for both the individual immigrant and the immigrant-receiving society.

Belonging to a social community is found to enhance individuals’ sense of meaning in life, while experiences of social exclusion lead to lower self-worth, and even meaninglessness. Scholars argue that the nation is a particularly central contemporary community because it gives form to our everyday lives, even without most of us realizing it: News is communicated through a national lens and in the national language; we learn about the nation’s history, culture, and institutions in school; we support “our” national sports teams, and so on…National attachment… provides people with a basic sense of safety. In addition, being recognized by others as someone who belongs involves feelings of worth, legitimacy, and status; in short, the immigrant and the national-majority individual become equal partners for social interaction.

At the societal level, a common national identity has been found to contribute to community cohesion and encourage cooperation and societal engagement. Given the negative individual-level effects of social exclusion, some theorists also hypothesize the development of counter-cultures in response to blocked identity aspirations, such as when immigrants experience being denied recognition as fellow nationals.

Source 2: Krista M. Perreira and Juan M. Pedroza, Annual Review of Public Health (April 2019) Policies Of Exclusion: Implications For The Health Of Immigrants And Their Children.

Yet over the past two decades, the U.S. federal government and many state governments have increasingly adopted policies of exclusion. These policies have restricted access to public assistance benefits, post-secondary public education, and employment opportunities. They have increased detentions and deportations of both lawfully present and undocumented/unauthorized immigrants and made it increasingly difficult for immigrants to obtain legal permanent residency even when they have U.S.-born citizen spouses and children.

Although these policies target immigrants, they have widespread consequences for all U.S. citizens, especially those from racial/ethnic or religious minority populations. They stigmatize immigrant workers and those who employ them. They perpetuate fear and create a sense of threat for anyone whose skin color is not white, who speaks with an accent, or who fails to conform to the dominant behavioral and phenotypical expectations of “American.” They force separation between spouses with mixed-status, between grandparents, parents, and their U.S.-born citizen children, and between brothers and sisters born with differing citizenships.

Source 3: Minoff, Elisa et al. “The Lasting Legacy of Exclusion: How the Law that Brought Us Temporary Assistance for Needy Families Excluded Immigrant Families & Institutionalized Racism in our Social Support System.” Center for the Study of Social Policy and Georgetown Center on Poverty and Inequality Economic Security & Opportunity Initiative, August, 2021.

Immigrants participate in the labor force at high rates—indeed, the labor force participation rate of immigrants was 64.5 percent in 2020, three percentage points higher than people born in the U.S. They are also more likely to be essential workers than non-immigrants—working disproportionately in critical industries including food service, agriculture, maintenance and janitorial, and caregiving. Despite being more likely to work, and work in critical industries, immigrant families are also more likely to experience poverty and related hardships than non-immigrant families.

In 2019, 14 percent of immigrants had incomes below the artificially-low official poverty threshold, compared to 12 percent of people born in the U.S., and this gap has persisted for decades. In 2020, more than one in four immigrant families with children reported difficulty paying for housing costs, and more than half of these families reported fears about being able to pay utility bills. Immigrant families, particularly immigrant families with children, also have traditionally experienced higher rates of food insecurity than non-immigrant families. These hardships are a direct product of discrimination and structural exclusion, which are disproportionately experienced by immigrants of color. Black, Latinx, and southeast Asian immigrants report experiencing discrimination throughout their lives, including in employment. Black, Latinx and female immigrant workers experience among the highest rates of workplace violations by employers, such as being paid less than the minimum wage. Immigrant families also frequently experience both emotional and material hardship when a loved one and financial provider is detained or deported. Black and Latinx immigrants are more likely to experience these harms because they are disproportionately targeted by enforcement and are more likely to be subject to mandatory detention once involved in the immigration enforcement system. Finally, and perhaps most importantly, immigrant families are excluded from supports and services that can lift families out of poverty and promote well-being. Some families are not only ineligible for certain supports and services because of their immigration status or the length of time they have lived in the United States, and even families who are technically eligible for supports can be excluded in practice by the complexity of the eligibility rules, misinformation and fearmongering, and programs that are not responsive to their needs. The result is that time and again, supports and services fall short for immigrant families.

D. Williams (2009) theorized that chronic social exclusion would inescapably lead to a detrimental stage of resignation, characterized by depression, alienation, unworthiness, and helplessness. However, few studies empirically addressed this assumption. Considering immigrants as a population at risk of persistent exclusion, we investigated how social connections with the native-born majority and other immigrant minorities moderate the exclusion–resignation link. In Study 1 (N = 112 asylum seekers), participants mainly connected with other immigrants showed a significant association between chronic exclusion and resignation. Crucially, this link vanished for people with social connections mainly composed of native people….This work, suggesting that the exclusion–resignation link can be moderated by social factors, highlighted the relevance of immigrants’ connections with the native majority for counteracting the risk of segregation when tackling the social issue of immigrants’ everyday exclusion.

Recognizing that these are difficult sources, you might ask students to work in groups to support each other’s understanding. In addition, it could be helpful to encourage students to look up words that they do not understand. This is a practice that will serve them well beyond the classroom when they are researching something on their own. Although the sources are short, consider creating “expert” groups who are responsible for understanding the content of each source and translating the ideas into language that their peers can understand.

After experts are prepared to share their texts, consider using a “jigsaw” to allow students to discuss the different sources in small groups. Once they have introduced each text, ask students to work together using the three whys Project Zero thinking-routine. The structure encourages students to consider the significance of an idea by relating it to themselves, their communities, and the larger world.

Bring the groups back together to allow classmates to hear the way their peers described the significance of these studies. To conclude the activity revisit the guiding questions that we have considered in each of our lessons on belonging.

You can share responses out loud, use sticky notes for students to post individual responses, or create silent conversations using chart paper. All of these ideas can be easily adapted for digital classrooms whether they are synchronous or asynchronous.

To conclude this lesson encourage students to thinking about the ways that they can impact immigrant belonging. Project Zero’s Thinking Routine Circle of Action provides structure to help students identify ways that they can make a positive contribution. 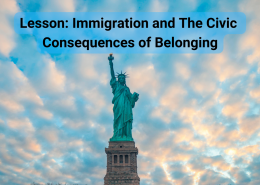 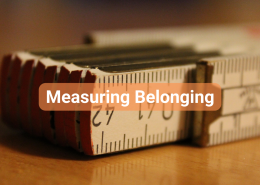 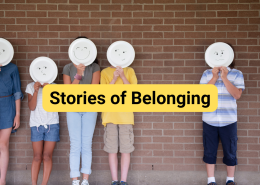 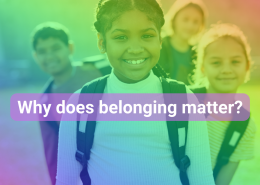