How do newcomers adjust to life in a new land? The letters from the Bintel Brief are important primary sources that help us better to understand the lives of immigrant-origin Jews and their efforts to create new lives for themselves in the United States. The are also windows into the universal challenges and dilemmas that come with the experience of adjusting to a new life after migration.

We believe they are essential resources for teaching about immigration. The letters can be used to teach history, literature, and ethics. Below is a sample lesson using the letters. However, we know that no two classrooms are identical. It is our goal to collect, curate, and share a wide range of models for teaching with the Bintel Brief. We are hoping you will share examples of how you adapted our resources to your classroom.

Send your lesson to adam@reimaginingmigration.org. If we publish them, we will contact you first and make sure you receive full credit for your work.

Before introducing the Bintel Brief, you will want to be clear about your own objectives and expected outcomes. Below, we have identified objectives and outcomes we would use to guide our approach if we were teaching a social studies unit on immigration to 8-12 graders.

Beyond deepening student’s knowledge of the past, we would want to promote deep academic learning with social and emotional outcomes. We are looking to nurture:

Among the essential and guiding questions we would consider while teaching the Bintel Brief are the following:

There has been a fair amount of discussion about how much context is useful and even desired, before introducing a text to students. Maybe it is my bias as someone who spent most of my career at Facing History and Ourselves, but it feels essential to introduce students to the story of Jewish immigration within a broader context of 19th and early 20th-century immigration to the U.S.

We cover these key points in a historical overview we developed for this unit. Depending on your student’s reading level, you might assign the overview or turn it into a power point presentation. Look for a brief mini-documentary that we are producing to introduce the Bintel Brief later this winter. It will be available on this website.

There are a lot of ways to introduce text sets to students. Some students require more scaffolding, for them, you may choose a teacher-led read of a single letter with the whole class. For students that need less direction, you might divide the class into expert groups and jigsaw the readings. We have included six letters in the unit. The stories range from the dilemmas of the newly arrived to letters written by the children of immigrants. Another approach might be to include the letters (or selections from them)  as part of a “Big Paper assignment or in a “Gallery Walk.”

Just as important as the teaching strategy, is the focus of your assignment. Below are three questions we might use to allow students to work independently with the text.

Or you might use the Project Zero Thinking Routing Connect/Extend/Challenge.

To conclude the lesson, I might use the fishbowl discussion strategy to bring the groups together for a reflective conversation that returns to the essential questions of the lesson.

You might ask students to step out from a study of the past to write an editorial response to the letter with nearly 100 years of hindsight. What advice might they offer the author of the letter, from their own perspective, living nearly a century after the column was published? Yes, this is anachronistic, but if it is made clear that we have stepped out from a study of the past, the assignment could help students to recognize the forces that shape the perspectives they bring to a study of history.

You also might also consider asking students to write their own Bintel Brief. Depending on the level of trust you have in your classroom, you might create an assignment where students both write a letter and respond, in the role of an editor, to a letter written by one of their classmates. 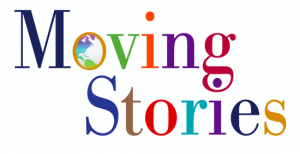 This intimate exploration of immigration can serve as an opening for students to explore their own migration stories. In our own ways, with our own histories, has a story of migration. Some of those are stories of immigration by choice, some of our histories are tied to forced migration, whether it is the experience of slavery or the trail of tears. Other migration stories, might be tied to internal migration, from South to North, East to West, or even from one community to another.

Use our Moving Stories guide as an inspiration to encourage your students take action by collecting the stories of their families or community members.

Sign up for our newsletter below to learn more about our work.