The 1965 immigration act overturned national immigration quotas that were supported and lobbied for by Eugenicists and Race Scientists who used legislation to enforce their prejudices. Despite overturning the discriminatory legislation, those that supported the 1965 immigration act often openly denied that the legislation would change the ethnic makeup of the United States. It is not clear whether they did not know that the act would bring newcomers from new lands to the U.S. or whether they did and would not publically admit it. For his part, President Johnson saw immigration reform as an extension of discussions of civil rights. As he saw it, just as it was wrong for the law to discriminate against African Americans, it was wrong to maintain racial quotas as a basis for immigration policy.

Despite assurances that the ethnic make of the United States would not change, it has and many people have come to recognize the benefits of the increased diversity that has come with the change. Walt Whitman, in the preface to his 1855 book Leaves of Grass, argued that the strength of the country comes from its diversity. He wrote:

The United States themselves are essentially the greatest poem…Here is not merely a nation but a teeming nation of nations….

Other states indicate themselves in their deputies  . . .  but the genius of the United States is not best or most in its executives or legislatures, nor in its ambassadors or authors or colleges or churches or parlors, nor even in its newspapers or inventors  . . .  but always most in the common people.

Below are a series of charts developed by the Pew Research Center documenting population changes in the U.S. before and after the 1965 immigration act. 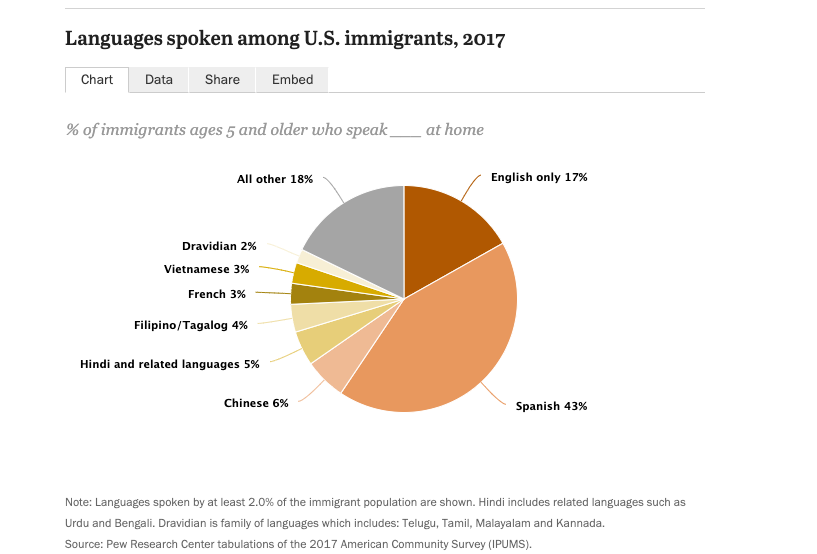 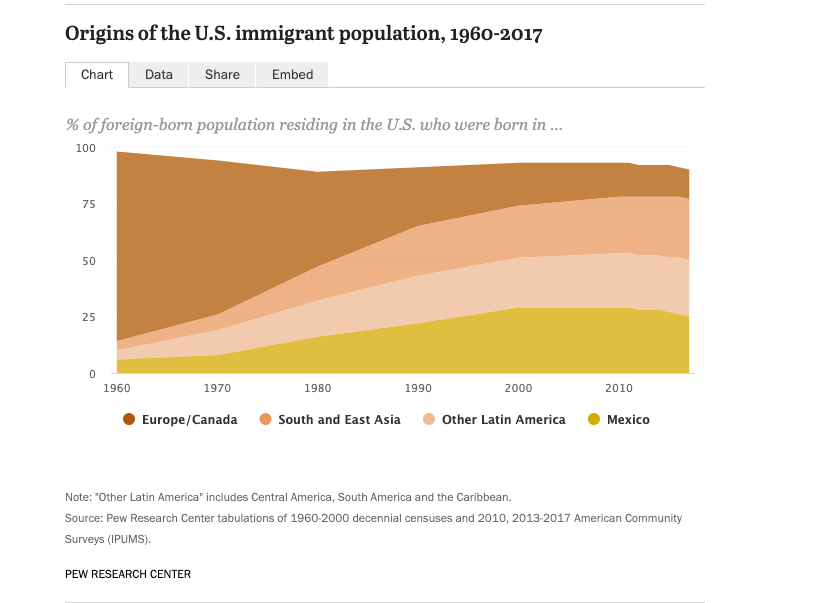 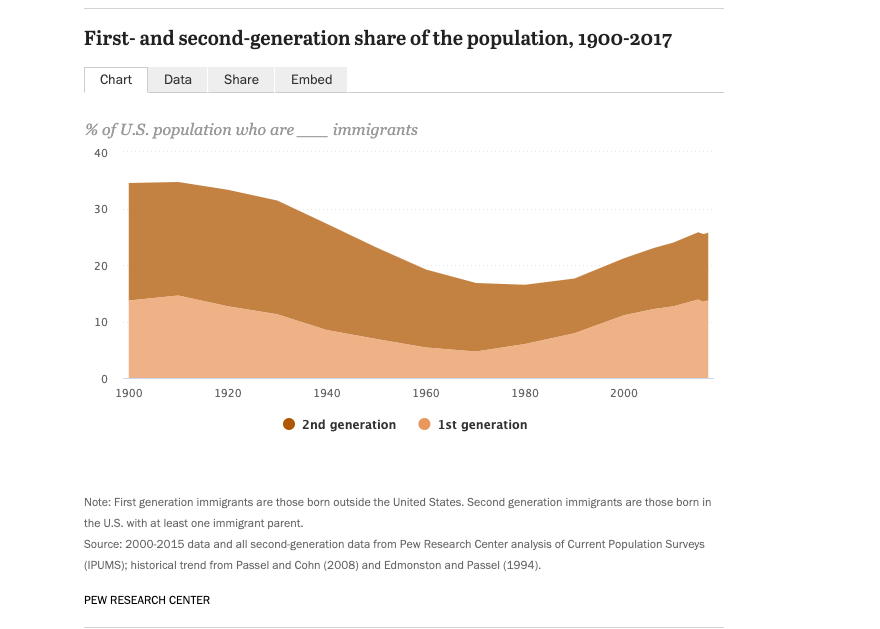 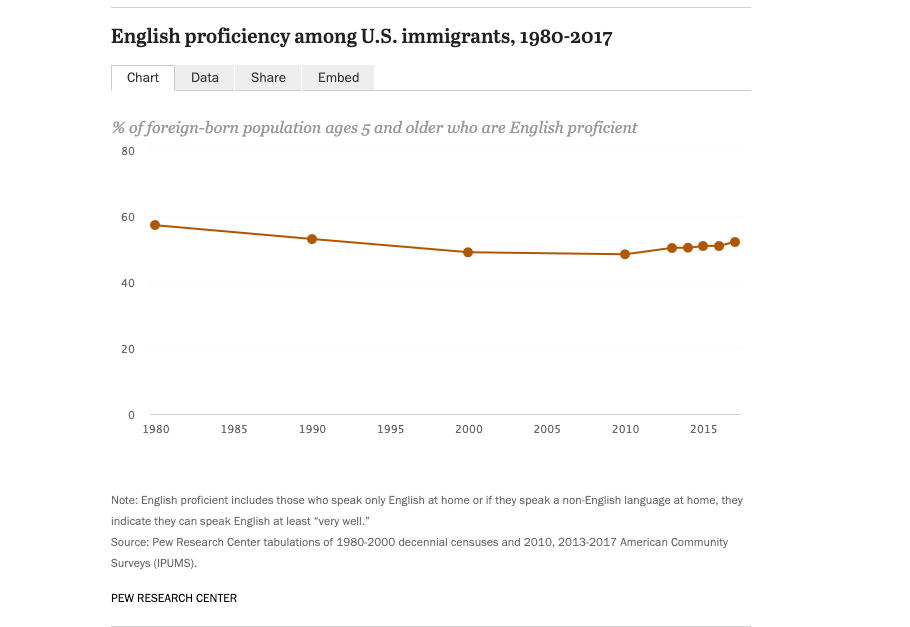 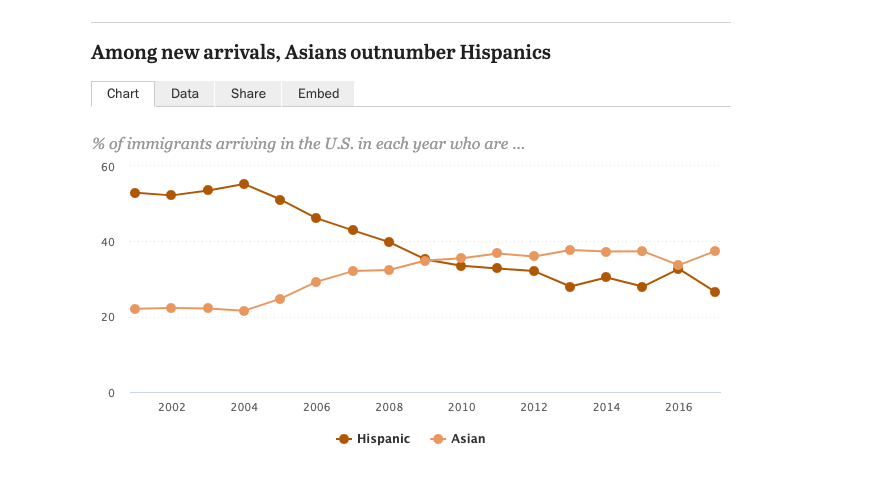 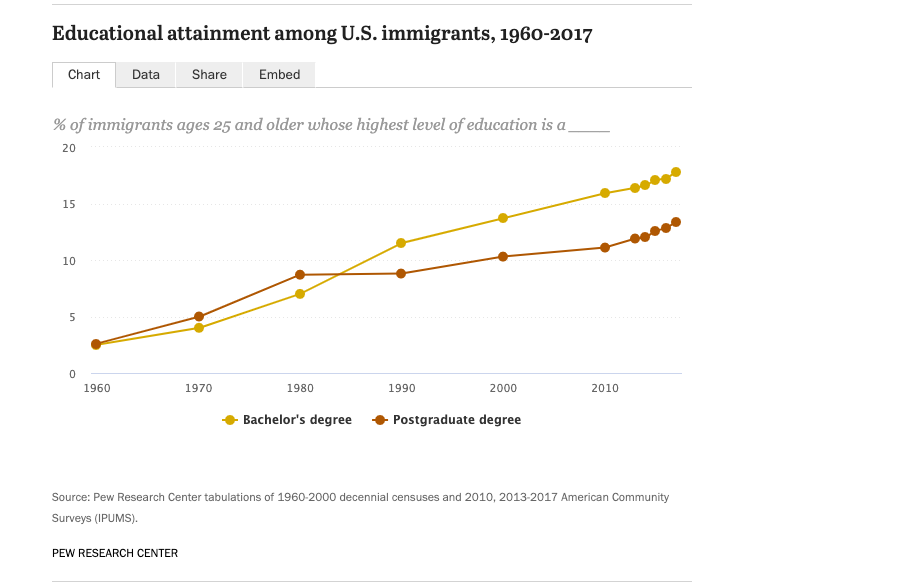 For a historical perspective, we have included this chart from the Migration Policy Institute. 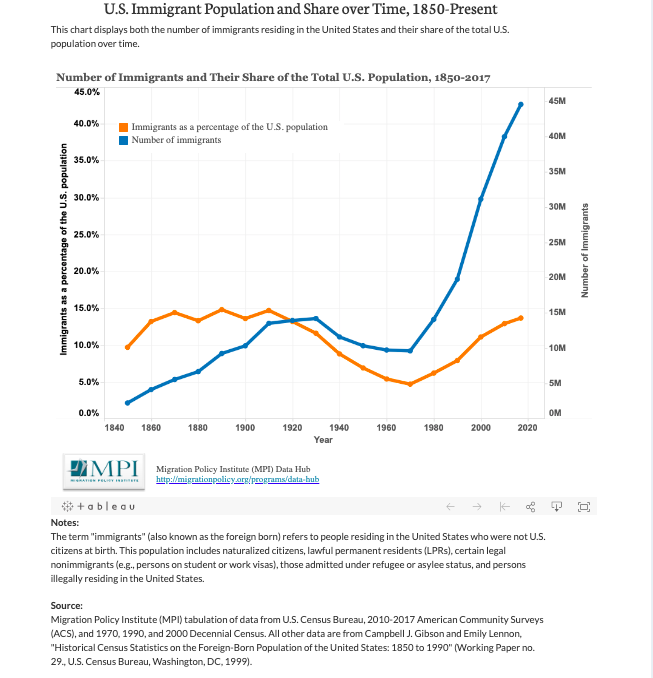