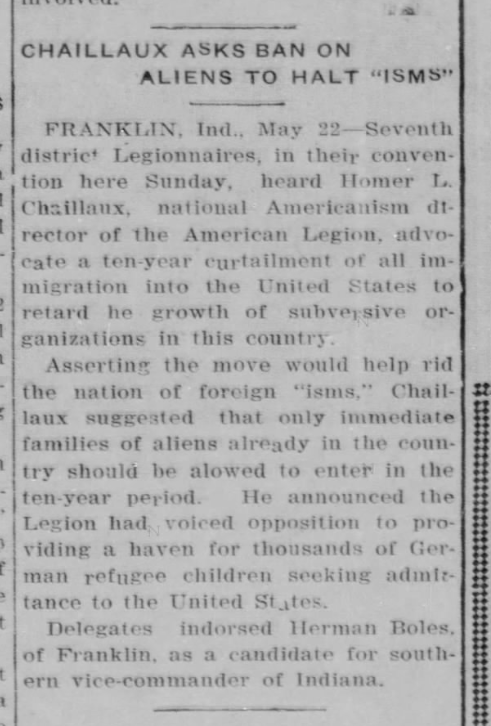 FRANKLIN, Ind., May 22 – Seventh district Legionnaires, in their convention here Sunday, heard Homer L. Chaillaux, national Americanism director of the American Legion, advocate a ten-year curtailment of all immigration into the United States to retard [t]he growth of subversive organizations in this country.

Asserting the move would help rid the nation of foreign “isms,” Chaillaux suggested that only immediate families of aliens already in the country should be alowed [sic] to enter in the ten-year period. He announced the Legion had voiced opposition to providing a haven for thousands of German refugee children seeking admittance to the United States.

Delegates indorsed Herman Boles, of Franklin, as a candidate for southern vice-commander of Indiana.

Historical context for this post Teaching Save the Children
Print Page
Statement of Hon. Edith Norse Rogers, Representative from Massachusetts, May...

Save the Children: Historical Context