I am one of the unfortunate girls thrown fate by into a dark and dismal shop, and I need your counsel.

Along with my parents, sisters and brothers, I came from Russian Poland where I had been well educated. But because of the terrible things going on in Russia we were forced to emigrate to America. I am now seventeen years old, but I look younger and they say I am attractive.

A relative talked us into moving to Vineland, New Jersey, and here in this small town I work in a shop. In this shop there is a foreman who is an exploiter, and he sets prices on the work. He figures it out so that the wages are very low, he insults and reviles the workers, he fires them and then takes them back. And worse than all of this, he often allows himself to “have fun” with some of the working girls. It was my bad luck to be one of the girls that he tried to make advances to. And woe to any girl who doesn’t willingly accept them.

Though my few hard-earned dollars mean a lot to my family of eight souls, I didn’t want to accept the foreman’s vulgar advances. He started to pick on me, said my work was no good, and when I proved to him he was wrong, he started to shout at me in the vilest language. He insulted me in Yiddish and then in English, so the America workers could understand too. Then, as if the Devil were after me, I ran home.

I am left without a job, Can you imagine my circumstances and that of my parents who depend on my earnings? The girls in the shop were very upset over the foreman’s vulgarity, but they don’t want him to throw them out, so they are afraid to be witnesses against him. What can be done about this? I beg you to answer.

Such a scoundrel should be taught a lesson that could be an example to others. The girl is advised to bring into the open the whole story about the foreman, because there in the small town it shouldn’t be difficult to have him thrown out of the shop and for her to get her job back.

Use this link for additional selections from the Bintel Brief.

Additional Letters from the Bintel Brief 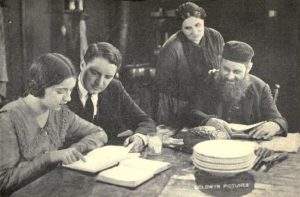 Historical Context for the Bintel Brief 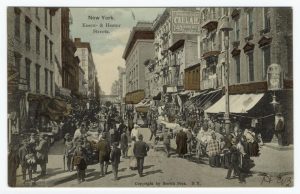 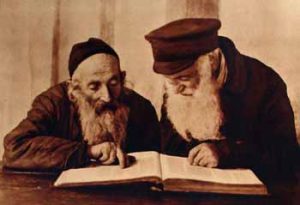