There are over 22 million Asian Americans in the United Staes, making up the fastest-growing ethnic group in the country. That does not mean that there is not a long history of Asians in America with significant numbers of Asian immigrants arriving in the 19th century. Today, the Asian American population is quite diverse, although Pew reports that six national groups make up 85% of the Asian population in the US. 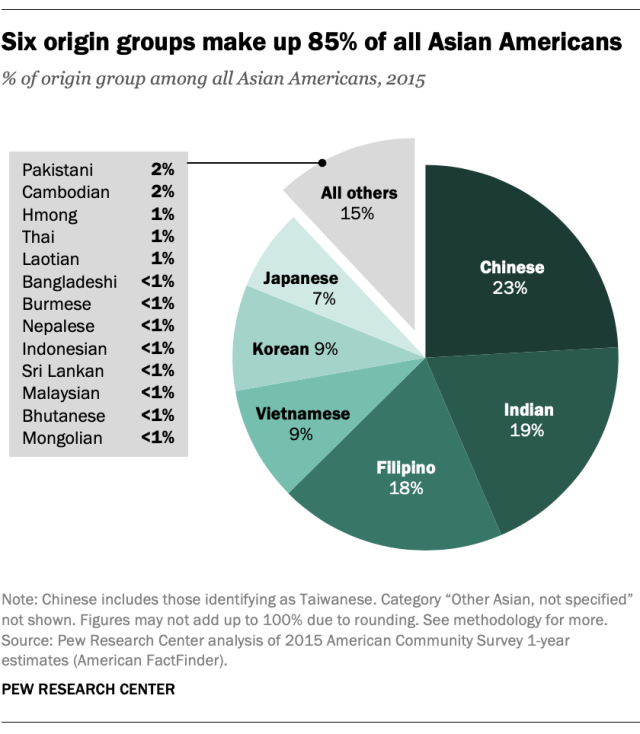 While people might think of Asian Americans as a group, the experiences, histories, economic and social lives of Asians are not the same. While some Asian families have long histories in the country, many have emigrated to the US recently. Until the 1940s and 1950s, federal law prohibited Asia immigrants from becoming naturalized U.S. citizens, however, children of Asian immigrants won the right to citizenship when Wong Kim Ark won a landmark case guaranteeing birthright citizenship for everyone born in the country. Since the 1960 and 70s, Many South Asians have come to the U.S. as refugees, fleeing war and violence.

As you can imagine, Asian Americans, with such diverse experiences comes to discussions of race and identity with a range of perspectives.  Some of them are captured in the film below.

ConversationDoc is a series of short films about issues of race and identity. The filmmakers explain,

When it comes to race relations in America, there has been no shortage of rhetoric, rage, and accusations—but very little discussion. THE CONVERSATION is a series of short films that will serve as a platform for dialogue on the deep racial tension and polarization that exist in our communities. Our aim is that the films provide a safe space for communication and honest, sometimes painful, revelations and that their affiliated forums become places for fresh voices, new ideas and ultimately change.

The series was originally presented by the New York Times. The film below, A Conversation with Asian-Americans on Race, is by Geeta Gandbhir and Michele Stephenson.

Michael Gonchar of the New York Times Learning Network created an outstanding study guide to complement the entire series of short films about race. We recommend reading the guide as you consider ways to use the films in the classroom.