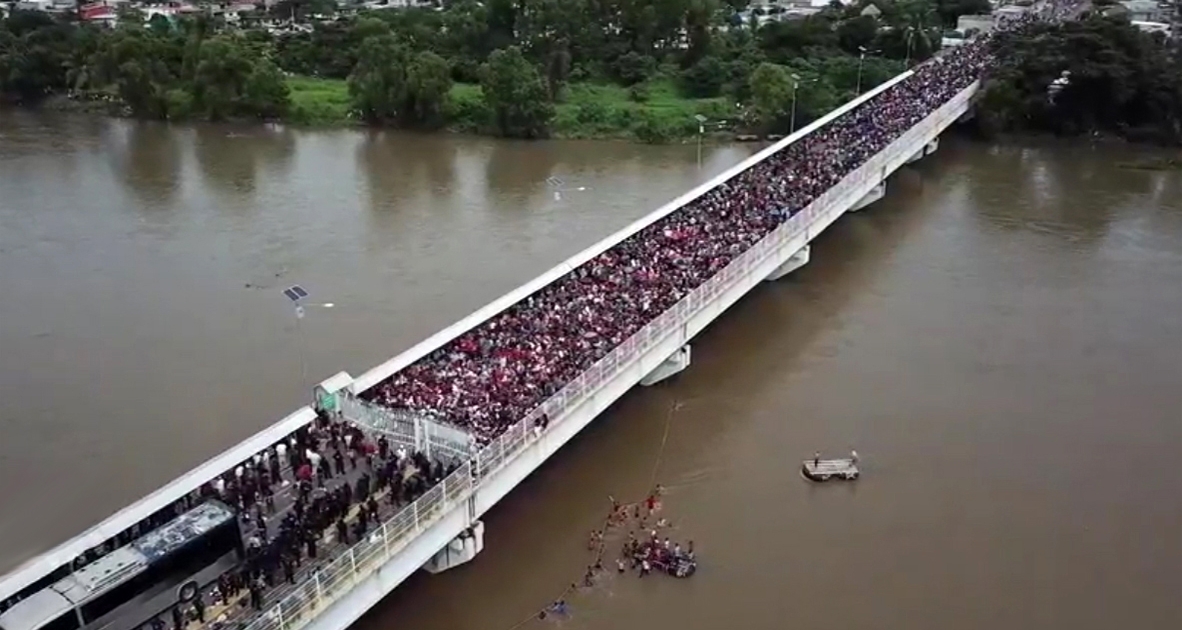 The purpose of this collection is to encourage educators to explore the migrant caravan and the questions that it raises about migration, law, and ethics through the lens of current events and civic education. Migration is one of the most important civic issues of our time, we believe that it is essential that civic education provides an opportunity for reflective conversation about the civic challenges of the day.

This resource was originally posted on October 24, 2018. It was updated on November 26, 2018. We will continue to update it as the story unfolds.

At the end of October 2018, a caravan with over 7,000 participants is making its way from Central America towards the United States. This is the second major caravan that has caught both the President’s and the Press’s attention this year. Experts on Latin American migration note that people often travel in caravans for safety because the route north can be dangerous. Groups traveling in large numbers are less vulnerable to smugglers, violence, and harassment. According to press reports, about 50 percent of those on the caravan are young men, in other cases, whole families with children as young as three months are traveling together. Several reports have noted that the caravan includes LGBTQ participants fleeing persecution in their home community.

The migrant caravan that is making its way from Central America, through Mexico has become a focus of President Trump’s attention and policy suggestions. He has suggested closing the entire Southwest border. On Twitter, the President wrote, “Guatemala, Honduras and El Salvador were not able to do the job of stopping people from leaving their country and coming illegally to the U.S. We will now begin cutting off, or substantially reducing, the massive foreign aid routinely given to them.” Among the claims that the President has made is that “criminals and unknown Middle Easterners are mixed in” the people seeking asylum or to make their way to the United States. CNN’s Jim Acosta pressed the President for proof, Trump acknowledged that “There’s no proof of anything but,” he then added, “they could very well be.”

Thousands of migrants arrived in Tijuana in November 2018. Some residents protested their arrival, while others worked to provide for the needs of the migrants, including food and medicine. On November 8, the U.S. announced tighter restrictions for those seeking asylum, however, a federal court blocked their implementation on November 19. On the weekend following Thanksgiving, some migrants led a protest to highlight the challenges they faced in seeking asylum. A few dozen migrants sought to make their way into the United States, storming their way to the border. In response, U.S. border agents fired tear gas. AP reporter Chris Sherman tweeted, “US Border Patrol has just launched tear gas into Mexico. Breeze carrying it hundreds of yards. Parents running away with choking toddlers.” Images of the scene soon went viral, prompting polarized responses.

While President Trump views the migrant caravan through the lens of security and politics, others see a human rights story.  At least three different articles in the Universal Declaration of Human Rights are directly related to migration. The text of those articles can be found below:

(1) Everyone has the right to seek and to enjoy in other countries asylum from persecution.
(2) This right may not be invoked in the case of prosecutions genuinely arising from non-political crimes or from acts contrary to the purposes and principles of the United Nations.

Below are a series of recent reports about the migrant caravan that you might use to start a conversation about why people migrate and the legal, moral and ethical questions that are raised by the Caravan and the way people are responding to it. Consider using these questions to frame your discussion:

Some students might find it useful to review language before engaging with the collection. People often use the words immigrant, immigration, migrant, migration and refugee without knowing the distinctions between them. Below are definitions with a little commentary.

Migration: To move from one country, place, or locality to another. Currently, for example, there are over 250 million people living in countries outside of where they were born. Further, millions migrate within their own borders every year.

Migrant: Simply put, a migrant is someone who has moved from their birthplace. According to the United Nations a migrant is “any person who lives temporarily or permanently in a country where he or she was not born, and has acquired some significant social ties” to this new place. Some migrants move by choice (see immigrants below).

Others have been forced to move by events that were beyond their control (see refugees below); another example is of forced migration is the involuntary migration of African slaves to the New world. Some migrants move across national borders and some move within national borders (like the Dust Bowl Migrants from Arkansas to California or the Great African American Migration from the South to North). Still others take annual cyclical patterns (like for seasonal farm work).

Immigrant: An immigrant is someone who moves to a new country with the intent live permanently. It is often implied that immigrants had some degree of choice in their (or their families) decision to move. Some immigrants are granted official Federal recognition (a variety of temporary visas; permanent residency; or citizenship) while many are in limbo or may not be granted official recognition leading to undocumented status. Within the same family, some members may be citizens and others may not.

Refugee: A refugee is someone who is forced to move to a new place (either within their own borders or to a new country) to escape danger or persecution. An increasing number of refugees are being forced to flee because of environmental disasters. In 1951, the United Nations created a convention that legally defined the word refugee and subsequent U.N. conventions elaborated on the responsibility of the international community toward refugees. Refugees may seek asylum; as they await official Federal or national recognition they are considered temporary asylum seekers.

Many people see the story of the caravans in relationship to the challenge of undocumented immigration. Despite concerns, the Los Angeles Times reports that “illegal immigration has been at historic lows the last several years.” Cindy Carcamo explains:

The U.S. government gauges trends in illegal immigration by looking at the number of people who are apprehended each year trying to cross the border. That figure climbed steadily from the 1970s through the 1990s, peaking at 1.64 million in fiscal year 2000.

It has dropped sharply since then, hitting 303,916 in 2017. Based on the first 11 months of this fiscal year — the most recent data available — the annual total was on pace to rise past 390,000. That would still be lower than all but four of the previous 45 years.

In a thoughtful overview of the changing story of migration as Southwestern border, the Washington Post reports, “The border is tougher to cross than ever.But there’s still one way into America.
Asylum claims are soaring.” Follow the link to learn more.

Why do people leave their homes? What do migrants experience on their journey? Why would people travel in a large caravan?:

MIGRANTS SAY COMING TO THE U.S. ISN’T THEIR GOAL: “THEY SEE US AS ANIMALS”, Vice News, Oct 23, 2018, https://news.vice.com/en_us/article/a3pmvg/migrants-say-coming-to-the-us-isnt-their-goal-they-see-us-as-animals

The caravans that came before: The desperation of today’s migrants echoes those of yesteryear (Op-Ed), New York Daily News, Oct. 24, 2018, http://www.nydailynews.com/opinion/ny-oped-the-caravans-that-came-before-20181024-story.html

Why do borders exist? What is the purpose of laws regulating migration?

‘These children are barefoot. In diapers. Choking on tear gas.’, November 26, 2018, Washington Post

Who is responsible for people on the move?

Here’s what social science tells us about that migrant ‘caravan’ — and the Trump administration’s response, Washington Post, Oct. 23, 2018, https://www.washingtonpost.com/news/monkey-cage/wp/2018/10/23/heres-what-social-science-tells-us-about-that-migrant-caravan-and-the-trump-administrations-response/?utm_term=.b7019339c0ab

Why the Migrant Caravan is not a border crisis (Op-Ed), The Hill, Oct. 23, 2018, https://thehill.com/opinion/immigration/412670-why-the-migrant-caravan-is-not-a-border-crisis

Trump vows to send as many troops ‘as necessary’ to keep growing migrant caravan out, Oct. 22, 2018, https://www.foxnews.com/politics/trump-vows-to-send-as-many-troops-as-necessary-to-keep-growing-migrant-caravan-out

Below is a set of classroom activities and thinking routines that can be used to deepen the discussion around the resources presented above. 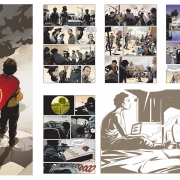 Re-imagining the experience of migration through graphic novels 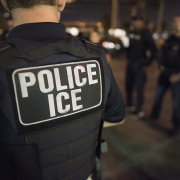 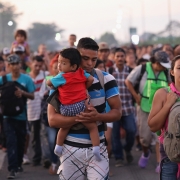 What is it like to be part of a migrant caravan?