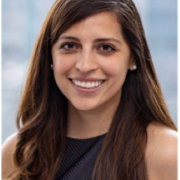 Carolina Gomez is the Chair of the Board of Directors. She is Director of Strategy for the Diverse Manager Research team at Cambridge Associates. Carolina was previously a member of the firm’s Endowment and Foundation practice working on business development and relationship management. Prior to joining Cambridge Associates in 2017, Carolina worked at Kaufman Rossin supporting and leading many of the firm’s business development and marketing initiatives. Previously, she held a marketing position at J.P. Morgan. There, she managed publications and marketing materials geared to Latin American clients, including institutional and high-net worth individuals. Carolina’s prior experience includes developing programs at Vital Voices, an international non-profit organization, and serving as a research assistant at Harvard’s Carr Center for Human Rights Policy. 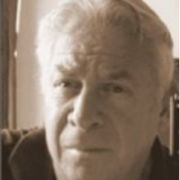 Art Bardige has wanted to revolutionize education since he started graduate school. A graduate of the University of Chicago in physics, he taught physics, developed education films, taught and developed a new curriculum for middle school mathematics, started his first company, Learningways in 1980 becoming the premier independent educational software developer, designed MathProcessor in 1990, EnableMath in 2004, and What if Math in 2014. Art is a trustee at Lesley University and a longtime resident of Cambridge, MA. Art’s personal website is artifacts.com. 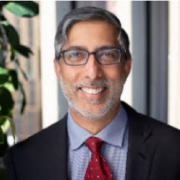 Nikhil Bhojwani is a Managing Partner at Recon where he focuses on strategy and innovation topics for payers, providers, and population health firms. Prior to co-founding Recon, Nikhil spent 8 years at the Boston Consulting Group where he was a core member of the strategy and healthcare practice areas. Experienced in working with health plans, biotech and pharma companies, med-devices, and health care services, Nikhil has helped his clients innovate and execute solutions, develop strategy, make critical business decisions and plan and enable executive level and organization-wide change. Prior to BCG, Nikhil co-founded and ran media businesses in India and was a guest columnist and author. He is a graduate of St. Stephen’s College and The Wharton School. 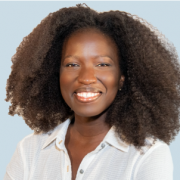 Bintou Kunjo is a recent Masters of Global Management (International MBA) graduate at Thunderbird School of Global Management in Phoenix, AZ. She is currently participating in BASF’s Leadership Development Program. Prior to pursuing her master’s degree, Bintou founded a tea company, Taaling Tea, while working as the operations manager at Impact Hub Boston. At Impact Hub, Bintou launched an Arts for Social Change project to provide a platform for raising awareness on social issues through the arts. Bintou graduated from Bowdoin College, with a Bachelor of Arts in Chemistry and pre-medicine concentration. While at Bowdoin, Bintou served as site director for Let’s Get Ready. She worked primarily with refugee and asylee students in Maine, to help reduce barriers in their efforts to pursue higher education. A native of The Gambia, Bintou’s family sought political asylum in the USA in 2003. She is passionate about issues of migration and plans to leverage business and entrepreneurship to drive change within this area. 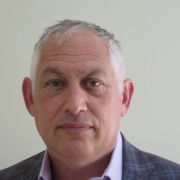 Jeff Lande is President of the Lande Group and a Senior Advisor at Conlon Public Strategies where he advises global clients from both the commercial and public sectors on public policy and politics as well as geopolitical considerations.  Prior to launching the Lande Group, Jeff served as Executive Vice President of TechAmerica and before this, Senior Vice President of the Information Technology Association of America (ITAA).  During the 1990s, Jeff served as the national Legislative Director and Washington Office Associate Director for the Jewish Federation system. He also held legislative and committee staff positions in the U.S. House of Representatives; lectured and served as a researcher at the University of Virginia, and owned several small businesses. 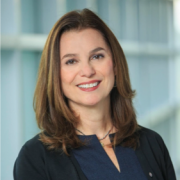 Kristen Lucken chairs the Religious Studies program at Brandeis University and serves on the faculties of Sociology, International and Global Studies, and Religious Studies. Her research explores global migration, American immigration, ethnic and religious pluralism, social inclusion and nationalism. Living and working in the Soviet Union and former Yugoslavia during a time of major historical change (1990-1998), Dr. Lucken witnessed the unexpected dissolution of multicultural states and investigated the rise of ethnic nationalism in the Balkans. Her research project on Bosnian refugees in New England investigated how religious and ethnic identities are maintained and transformed through the process of migration. Dr. Lucken’s published works address Bosnian refugee settlement in New England, the transnational religious lives of second-generation Indian-Americans, and the roles played by religious institutions in immigrant ethnic identity maintenance. A collaborative, cross-national project investigates how religion and spirituality present themselves within public institutions in the United States, the United Kingdom, and Europe following a time of unprecedented refugee flows and rising levels of religious pluralism. 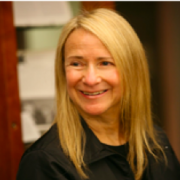 Margot Stern Strom (Emerita) served as President of the Board and Executive Director of Facing History and Ourselves from its inception in 1976 until her retirement in 2014. Raised in Memphis, TN during the “Jim Crow” era, Margot learned from her family to ask disquieting questions about the practices of racial prejudice that she saw around her in the Deep South. While teaching middle school in Brookline, MA, Margot earned her GCAS at Harvard Graduate School of Education, where she worked with pioneering researchers to examine moral development, identity formation and ethical decision-making in adolescence. Working closely with historians, religious leaders, Holocaust survivors, her colleagues and students, Margot left the classroom and developed the landmark educational resource Facing History and Ourselves: Holocaust and Human Behavior. Under Margot’s four decades of leadership, the resource grew into an international evidence-based organization reaching millions of students around the world each year.