“Promise”: Immigration and the 14th Amendment

“Promise,” Netflix’s 6th episode of their docuseries Amend: The Fight for America focuses on the 14th amendment around the topic of immigration. With an emphasis on Chinese and Mexican immigration, “Promise” expands anti-immigration policies beyond the scope of just xenophobia, connecting anti-immigrant sentiment to the demands of white supremacy. It introduces the history of immigration that presents parallel to progressive movements and the enforcement of racism that happened simultaneously. 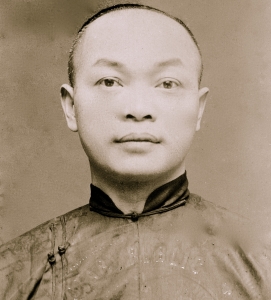 The episode begins by providing a basic overview of Chinese immigration, but focuses on the cases of Wong Kim Ark and Chae Chan Ping. Wong Kim Ark v. US is one of the few cases in which Chinese immigrants successfully sued for their rights, legalizing birthright citizenship and setting a legal precedent for future US immigration. Chae Chan Ping v. US, on the other hand, is an example of how the US legislation manipulated immigration based on the country’s needs at the time. During the few months Chae Chan Ping had been traveling back to the US from his visit to China, the government had changed the law to ban Chinese immigrants; Chae Chan Ping lost his case and this case is still cited to enforce xenophobic policies. Immigration becomes another way to enforce white supremacy by narrowing the definition of acceptable newcomers into the US.

The film connects these cases to Mexican immigration with the Repatriation Program and Operation Wetback. Mexican immigrants were used to meet the economy’s demand for low wage labor that would be deported when the country experienced any economic downturn. This also reveals another thread of white supremacy where Mexican immigrants were not viewed as people. The families and lives torn apart by the deportation and brutalization of immigrants show the irreversible consequences of their dehumanization. This has carried over into more recent years, as seen in Clinton or Trump’s aggressive rhetoric and policies. 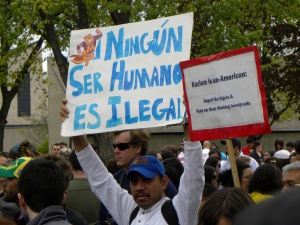 UCLA Professor Kelly Lytle Hernandez makes a connection between Chinese and Mexican immigration: “The cultural demands of white supremacy is that we be a mono racial, singular identity. That really runs against another thread of white supremacy, which is a more economic thread of white supremacy…we have economic demands for white supremacy, as well, that we have a non-white, laboring, low wage and, in best case scenario, removable or deportable population to do the labor.” Placing Chinese and Mexican immigration side by side creates a more holistic picture of the lasting effects of racist and xenophobic jurisdiction in the US. “Promise,” contextualized with the information in the rest of the episodes, allows for an appeal to respect for people as they exist rather than based on certain requirements they must meet.